Part One: I Have No Idea What I Am Doing

So my first few seconds of playing FIFA 14 were rather embarrassing.  As soon as I got the ball, I kicked it into the crowd and turned it over.  Needless to say, fans of the Moscow Cool Soccer Kids were not impressed.  I quickly realized that I couldn’t just start up a game and mash buttons to beat the AI.  This wasn’t a fighting game.  I had to know what all the buttons actually did.  Fortunately, FIFA 14 does actually include a controller diagram in the menus.  Considering the lack of an instruction manual or a tutorial, I was a little afraid that I would even have to learn the controls through context cues. 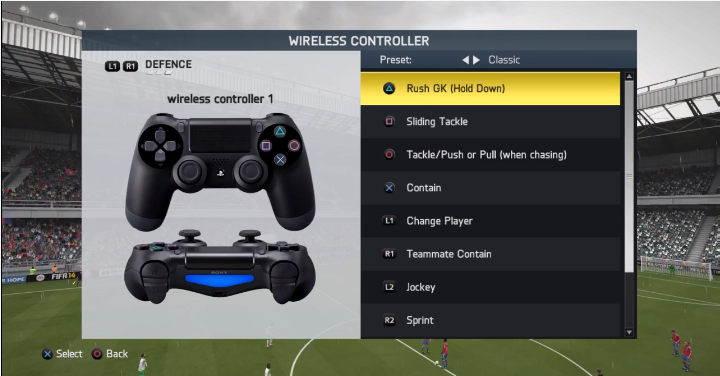 Most of the controls in FIFA 14 were self-explanatory enough that I could play the game without feeling completely incompetent.  I didn’t know why there were two kinds of passes, or why you would ever use the one that kicks the ball into the air where just about anyone can pick it off.  “Contain” on defense didn’t make much sense to me, especially in the context of “teammate contain”, unless there was some system in the game for your teammates flying off the handle and getting thrown out of the game.  But the only controls I really needed to play the game at first were as follows: X to pass, circle to shoot, R2 to spring, L2 to slow down and corner, and square to slide tackle.  That was enough to get me through my first few exhibition games.  Or, as they are called in soccer, “friendlies.”