All right team, you’re going to have to decide between Jason Richardson and Tony Allen.

This is a terrible idea.

Yes! I won the balloting!

Only becasue Beckett didn’t vote and Evan Turner can’t think of anything but DOTA.

You mean I’m not a feeding noob.

Shut up, Evan. This is important.

Okay, I guess it’s not that important.

Sam, I think we’ve figured out what’s going on with Jackson Ellis.

A future version of you has leapt into his body.

In the original timeline, the 76ers narrowly avoided a NBA record for consecutive losses.

But you leapt into the body of your son, and carried them to the playoffs on that date.

And now, I’ve leapt again into this timeline, into the body of Jackson Ellis…

Why? Why would I try to undo everything I already did?

And I hope that we’re finally going to answer it.

Yo, Beckett, who are you talking to.

Oh, no one. Just getting myself worked up for the game, that’s all.

It’s okay. I talk to myself sometimes, too.

My own voice is calming, especially when I make it deep like a wise old man.

END_OF_DOCUMENT_TOKEN_TO_BE_REPLACED

Yo Beckett I have these endorsements but you gotta make a choice.

You know, from the Miller Lite commercials.

Oh, I guess you’re too young for that.

Sprite or Sprint? Nike or Jordan?

Shut up and choose! 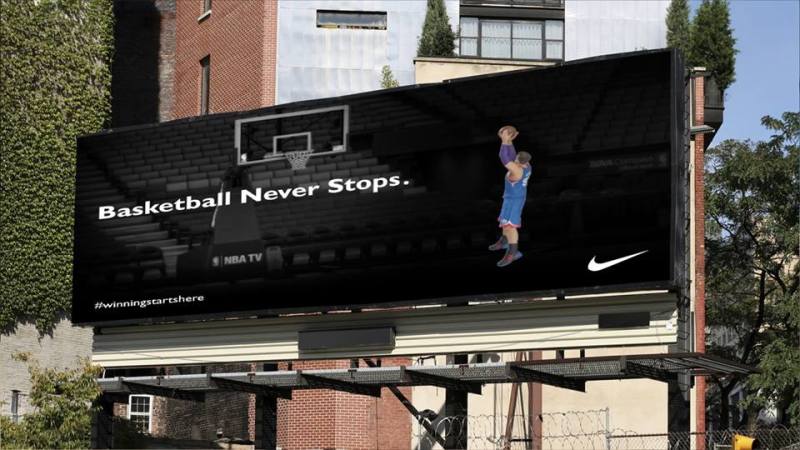 We’re getting close, Sam. One more win and the 76ers clinch a playoff spot.

I don’t care about that. March 29 is what matters, right?

Maybe. I’ve had Ziggy 2.0 looking into this, and it isn’t quite so simple.

In the original timeline, the 76ers narrowly avoided setting a record on March 29…

…the record for most consecutive losses for an NBA team.

They didn’t have anyone who could score like you. Thaddeus Young had the best PPG.

It was a disgraceful season. But by leaping into your son, and setting him right before the draft…

…you made sure that the 76ers had a frontline shooter and everything fell into place.

That was all it took?

Somehow it also prevented Nerlens Noel from getting injured…

…and netted the 76ers a phantom draft pick to select Michael Carter-Williams.

Fair enough. But you said that March 29 was important across all timelines.

This is going to take some explanation.

Right now… It isn’t your first time leaping into this timeline.

I told you, Beckett. Watch out.
END_OF_DOCUMENT_TOKEN_TO_BE_REPLACED

Ready for another social media wager?

Something’s wrong with you, you’re playing even worse than usual.

That’s because I’m testing you.

Yeah, this is all messed up.

Man, quit worrying. Look at all these endorsements. 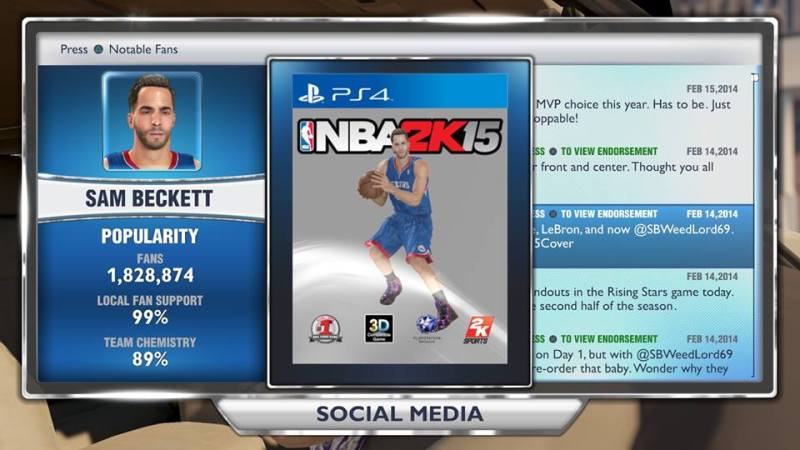 Just don’t think about it.

Okay, so what’s the next cliffhanger?

That doesn’t even make sense.

You’re the one talking about cliffhangers and video games and shit.

Yeah, maybe I need to forget about that and focus on the game.

That’s a good idea. I know you’re on top of the world now…

March 29? What happens then?

Who the hell is Al?

Is he another super agent?

Are you going to betray me again?

END_OF_DOCUMENT_TOKEN_TO_BE_REPLACED

Yo, Beckett, I feel like our rivalry is making us both better players…

I think it’s code, Sam. Look at this:

You highlighted random letters in that message.

No Sam, this is a message.

Sam, I think you’re the one behind whatever is going to happen March 29.

This is so confusing.

And I still need to decide who is going to be my agent.

Pick me and you’ll be rich with VC!

Whatever, man, I’m an All Star.

Good news, Sam, I think I’ve got you another deal.

Yeah, what’s going on with Kia?

Didn’t I have to win 4/5 games? We definitely did that.

Don’t tell me it fell through.

Listen, I don’t know what happened. It just hasn’t come up again.

It just hasn’t come up?

I don’t know what to say!

But this is bigger. This is Champs sports.

You know the other guy was promising Adidas.

Man, Adidas was founded by a German named Adolf.

And don’t get me started on that Korn song.

Okay, I know one of those things is innately bad.

Yeah that Korn song is embarrassing.

There’s only one catch… 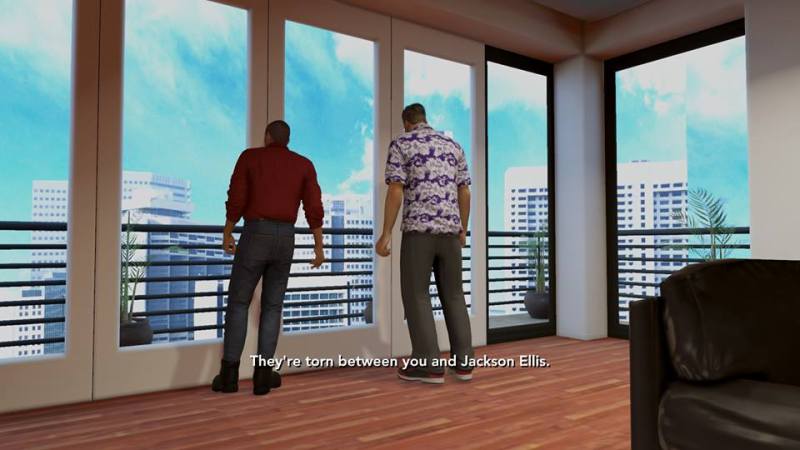 Are you kidding me?

That’s what they’re telling me.

Have they looked at the stats lately? The standings? Anything?

This is just how the game is played, Sam.

Because it clearly is not basketball.

Shouldn’t you be able to outplay Ellis’s agent?

Well that’s the bad news, you see, because when you turned down that other guy–

Are you telling me Ellis signed with the super agent? And that’s why I gotta compete with him?

I get it, I get it, this seems like a raw deal after you picked me over him.

If it’s really a big deal you could go back to him. No hard feelings.

Nah, I burnt that bridge. He called me “Sham Wreck-it”.

He really said that?

Man, white dudes do not know how to throw shade.

Yeah, well, I guess I just have to outplay Jackson Ellis again.

This time at the All Star game, right?

What? No. Ellis isn’t an All Star. At the Futures Game.

Am I being arrogant if this is kind of insulting?

So I have to outplay Ellis at the Futures game for the Champs deal?

Well, I think I can do that.

END_OF_DOCUMENT_TOKEN_TO_BE_REPLACED

C’mon, Sam, join my agency. Don’t you want to be famous?

Don’t listen to that guy. He’s going to take a huge cut of your money.

I don’t respond to guilt, man.

Really? You should. It would make this decision a lot easier.

Also, I maybe got you a Kia commercial. Kia!

The super agent or my best friend? What do I do?

I don’t know, Sam, but right now you should get ready for another game against Detroit and Jackson Ellis.

Okay, Ellis, let’s go over this one more time.

You are going to kill Sam Beckett Jr.

In the tunnel, or in the locker room, or on the court…

…not just try to outplay him in basketball.

Yo, I heard you last time.

The first time I misunderstood, but you were loud and clear before game 2.

I decided not to commit murder, especially when I still don’t get why you want him dead.

Don’t make this harder than it has to be, Jackson.

More importantly, I’m the reason you made it to the NBA, remember?

You keep saying that, but I don’t know if it’s true.

In the original timeline, where I don’t interfere, you’re nobody.

I’m not even drafted?

You don’t even exist.

How does that work?

I’d have to teach you string theory for you to understand.

Oh, is that how you make string cheese?

I definitely want to learn that. How do you get the cheese to pull apart in those strips?

Well, you see, the proteins are aligned so that–

Wait a minute, that’s not what string theory is about at all!

This is all just a distraction. Are you going to do as I ask or not?

I can’t kill him, Dr. Beckett. Even if he is actually you, and you must have a good reason.

He’s my rival. We drive each other to be better. If he’s dead…

Maybe I might as well be out of the game, too.

Oh shut up with that self righteous bullshit.

You’re asking me to murder another human being.

For the greater good.

And maybe I’ll do it.

You’ll regret this, Ellis. Come March 29, you won’t have this choice.
END_OF_DOCUMENT_TOKEN_TO_BE_REPLACED

We have to solve the murder of my mother.

But Sam, we need to stay grounded. Quantum Leap was never a murder mystery.

Well, then we need to pull from another show.

Basketball is a tragic misstep in evolution. Nature crated an aspect of nature seperate from itself…

…and now it has come crashing down on the rims of natural law.

This makes you even more insufferable than usual.

LeBron James is the Yellow King.

Okay, LeBron, tell me what you know and also teach me to dunk.

Your mom was killed by a time traveler, time is a flat circle, and so is the hoop. Grab on and hang like this.

Then you must eventually become the murderer.

This whole story is bullshit.

I warned you not to look into this, Sam.

You knew that Donna was murdered, and that I was responsible, and you did nothing.

No, I didn’t know that you were responsible.

And you weren’t. At worst, you will be responsible.

How long have you been travelling through time and you still don’t understand?

Well, if I’m going to kill Donna in the future, that’s an easy problem to solve.

I just have to choose not to do it.

If it were that simple, Sam, then why did it happen?

I don’t know! Leaping into the future has disrupted everything I thought I understood.

Right now you can’t be worrying about what will happen and has happened in the future past.

Oh god when you put it like that it’s even worse.

Right now you need to be playing some solid basketball.

Are we still worried about March 29?

A few months ago it was a big deal because the 76ers were terrible and I had to beat Jackson Ellis.

But right now the 76ers are pretty good.

You’re pretty good. Have you taken a look at the stats for the rest of the team without you?

Okay, yeah, I see your point.

Right now, if I were Jackson Ellis, I’d be finding a way to take you out of the equation.

Without you, this team is completely lost.

Yeah, I guess I am pretty much carrying the team.

Without your interference in history, the 76ers would be one of the worst teams in the league.

The team would be in disarray. Evan Turner’s gone. Thaddeus is begging for a trade.

The lottery would be their only hope.

But now we’re looking for the playoffs.

Be careful, Sam. You can’t let up. And you can’t drop your guard.

We still don’t know what happens if the 76ers lose on the 29th.

Don’t worry, we’re not going to find out.
END_OF_DOCUMENT_TOKEN_TO_BE_REPLACED

The Redbird Menace
Blog at WordPress.com.